For more than twenty years we have developed extreme sports equipment such as safety systems for paragliders, hang gliders, harnesses, neoprene wetsuits, and much more.

During development, exceeding the performance limit of the best product money-can-buy has always been our aim.

This required Us to constantly find new solutions, new materials and new ways to fuse them effectively.

In addition to working with sewing, taping and gluing, we also realized new high-frequency welded laminates with TPU film and fabrics like 3D Mesh.

How VACUST came to life?

During the development of a kitesurf harness, we had the need to create a back support capable of distributing the heavy load to which the back is subjected during kitesurfing. We are talking of hundreds of kilos.

dome-shaped and don't give any real back

support, this because under compression the

air moves where it's not needed.

We used an existing technology, the one used

in vacuum mattresses used by ambulances:

those are big PVC bags filled with EPS balls;

removing the air from the bag causes the EPS

balls to form a solid block capable of

immobilizing the injured, while copying its

The big limit of this technology is that it can be

used only while in an horizontal position:

to fall down, making the support useless.

The support of the harness we had to realize

needed to work anytime, so even while

To resolve our issues, we invented a special air-permeable membrane capable of keeping the material in place, even when upright; this opened a wide range of possible applications.

Improving the performance of a technology, for Us, is a never ending process, so, instead of PVC, we started using much more flexible fabrics, fabrics capable of follow the shapes of objects or anatomical parts.

Thanks to a collaboration with BASF Chemicals, we carried out a study about materials performance in a vacuum atmosphere: the results showed that the density and the type of material used can lead to shock-absorption capabilities, insulation, rigidity or softness.

For example: cork has a unique feature called "Champagne Cup Performance", which allows a cap to remain firmly crushed in a bottle for many years, while regaining its original form when removed.

Thanks to the special membrane we developed it's possible to use together materials with different densities.

VACUST technology changed and evolved with time, optimizing its performances for each individual application in many fields like orthopedics, automotive, defense and much more. 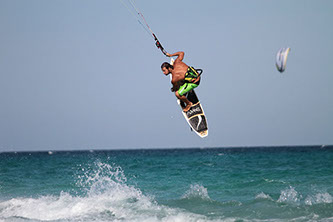 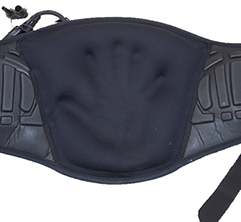